President Trump’s restrictionist legislation would keep families apart and roll back the progress our country has made over the past half century.

On August 2, 2017, President Trump formally endorsed the RAISE Act, which was reintroduced by Senator Tom Cotton (R-AK) and Senator David Perdue (R-GA). The RAISE Act would decimate the family-based immigration system and reduce the number of green cards available in any given year by 70%. The new version of the bill replaces the current employment-based system with a points-based system. This restrictionist legislation would keep families apart and roll back the transformative progress our country has made over the past half century. The RAISE Act would dismantle the Immigration and Nationality Act of 1965 that created the existing family-based immigration system and finally allowed immigrants from non-European countries to come to the U.S. in larger numbers, creating the diversity we see in America today. It would disproportionately affect Asian Americans and other communities of color. 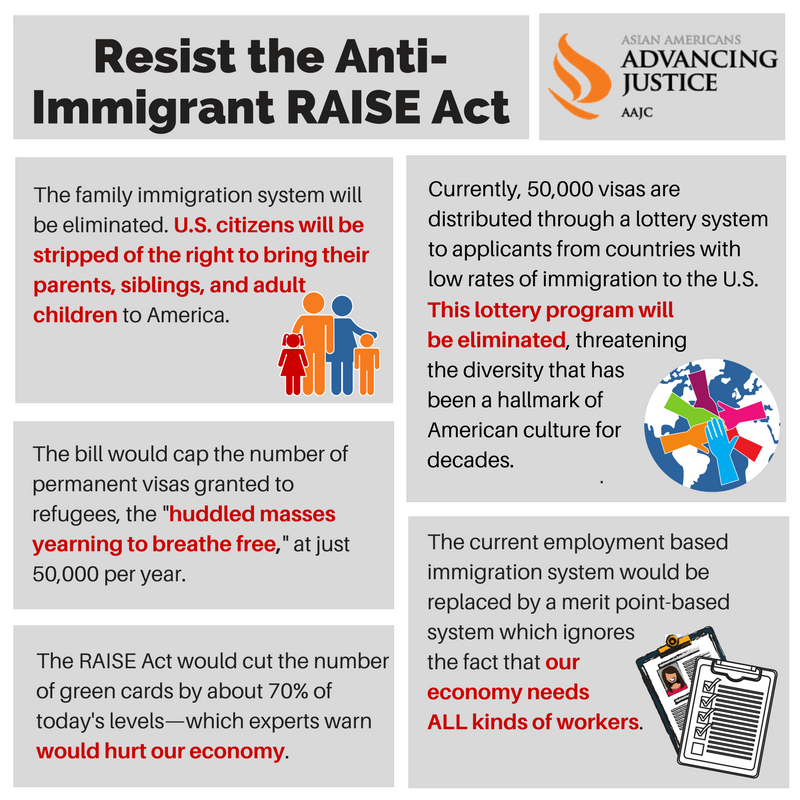