Children experience some of their most formative, world-building years in grades K-12, which is why all students deserve a fair shot at receiving an excellent education, regardless of their income, where they grew up, or their racial and ethnic background. 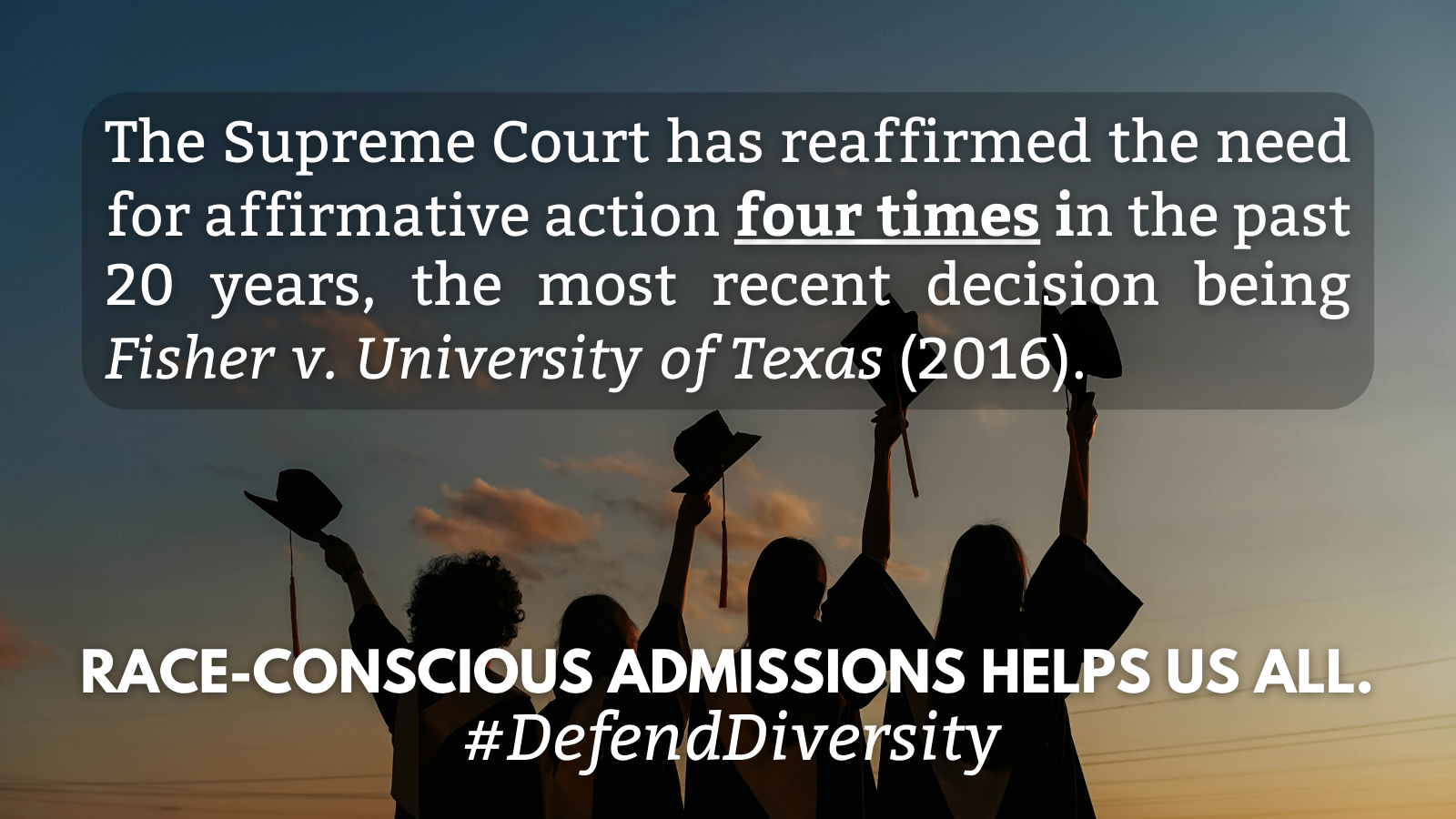 Advocacy and Support for Race-Conscious Admissions in Higher Education

According to the 2022 Asian American Voter Survey carried out by Advancing Justice | AAJC, APIAVote, and AAPI Data, 69% of Asian Americans support affirmative action, or race-conscious admissions.

Affirmative action looks at who can thrive in the learning environment when given equal opportunity and expands college opportunity beyond those who can claim legacy or affluence in college admissions. Removing affirmative action would hurt many Asian American applicants who continue to face educational barriers. Asian Americans, like all students, benefit from an application process that considers all of each candidate's qualities.