The Political Power of Asian American Voters In 2020

Published in Zora - A Medium publication for women of color. on September 21, 2020

As the voting bloc grows, so does their ability to swing votes in their favor 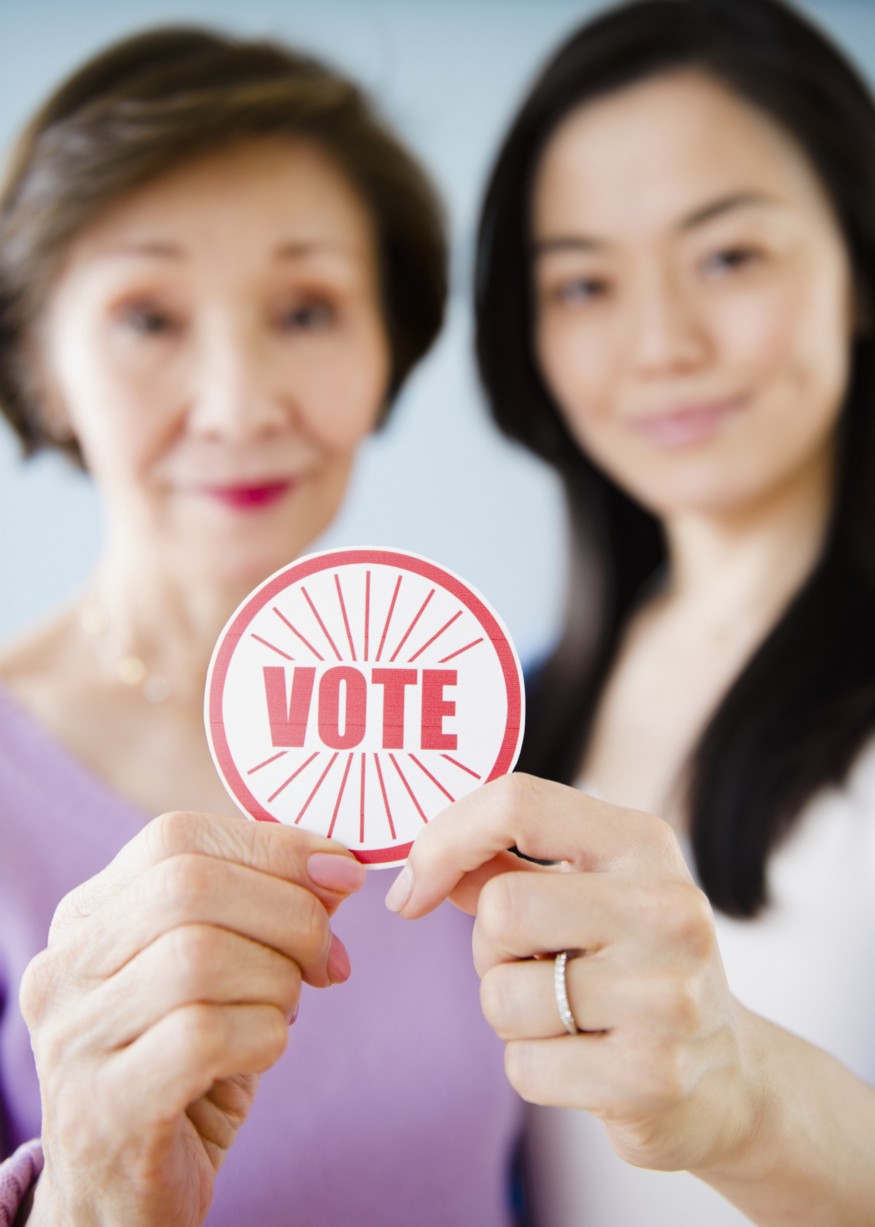 Data shows that in 2018, turnout among women of color increased 37% from the 2014 midterms. That ushered in such diverse lawmakers as Rashida Tlaib of Michigan, the first woman of Palestinian descent in Congress, Rep. Ilhan Omar of Minnesota, who is Muslim, and Sharice Davids and Deb Haaland, the first Native American women in Congress. The numbers of African American, Latino, and Asian American women have also increased on Capitol Hill.

In the upcoming election cycle, besides the commander in chief, women of color votes could flip the Senate, yield another sweep of House Congressional races, as well as state, local, and down-ballot matches.ZORA has delved into what’s at stake in this election cycle with an important series. We sought the insight of political activists, advocacy groups, lawmakers, and community stakeholders.

Read on for insight into a voting bloc that may not only impact the next election, but America’s future course. Keep an eye on What’s at Stake all week long.

Daughter of a Vietnamese mother and an American serviceman with German roots, Madalene Xuan-Trang Mielke and her family arrived in the United States in the ’70s following the Vietnam War. That multicultural journey has shaped her career. After national roles with the Democratic National Committee (DNC) and the Clinton/Gore presidential campaign, among others, she’s now helping Asian Americans and Pacific Islanders to fully engage in the political process.

“This community is a huge demographic and we’re not a monolith,” says Mielke, president and CEO of the Asian Pacific American Institute for Congressional Studies (APAICS), a national, nonpartisan organization dedicated to promoting engagement in the political process. “We’re Chinese, Japanese. Indian, Pakistani, and Bangledeshi. American Samoan and Native Hawaiian. Each has its own heritage, culture, language.”

As November’s pivotal election approaches — one in which California Senator Kamala Harris has made history as the first South Asian American and Black woman nominated for vice president on a major party ticket — Asian American communities are at an inflection point, politically.

There are 22 million Asian Americans, Pacific Islanders, and Native Hawaiians in the nation, per U.S. Census Bureau data; they represent the fastest growing segment of eligible voters in the nation. According to a recent Pew Research Center analysis, the numbers of Asian Americans and Pacific Islanders who are eligible voters have grown from 20 years ago by 139%. This year, an estimated 11 million people in the community are qualified to cast ballots.

This moment is one of possibility, advocates told ZORA. Yet there are hurdles to overcome.

“Though [we are] the fastest-growing population in America, the Asian American electorate has never fully realized its political power,” says Terry Ao Minnis, an attorney and senior director with Asian Americans Advancing Justice, a national organization focused on civil and human rights issues. “Even as we continue to see an increase in voter engagement by Asian Americans, each election shows a consistent gap between Asian American voter participation and that of Whites.”

“Asian American Pacific Islander women hold significant but untapped voting power,” says Choimorrow. “We will constitute nearly 10% of eligible voters by 2036 and are engaging in politics more than ever.” But Asian American communities have been ignored by political leadership across the ideological spectrum. We have been denied the investment and resources necessary to convert the strongly held, values-driven concerns that voters express into the fully actualized political force for change we have the potential to wield.”

While Asian Americans and Pacific Islanders in this land date to the 16th century, millions more are newer immigrants. The Pew report notes that the racial/ethnic group is the only one wherein naturalized citizens, versus those born in the U.S., are the majority of eligible voters.

The Covid-19 pandemic has hit many Asian Americans and Pacific Islanders immigrants, frontline workers, and small business owners particularly hard. Between February and April of this year, 26% of Asian American businesses were forced to shut down.

In early September, she joined California Rep. Barbara Lee and House colleagues in introducing legislation aimed at providing Covid-19 resources to organizations in underserved communities. “We must not tolerate an unequal health care system that allows Covid-19 to spread the most in the communities with the least.”

Data shows Native Hawaiians and Pacific Islanders still have among the highest infection and mortality rates of any racial group in several states. Overall, Covid-19 has contributed to a 35% increase in mortality of Asian Americans nationwide.

Meanwhile, amid xenophobic rhetoric about the virus, some of it coming from President Donald Trump and social media, there has been an uptick in hate crimes against Asian Americans, among them, Sikh, Hindu, and Muslim Americans.

The House of Representatives recently passed a resolution sponsored by Rep. Grace Meng of New York, to condemn all forms of anti-Asian sentiment that’s been exacerbated by the pandemic.

A host of topical issues — from Covid-19 to civil rights — were on the agenda of the National AAPI Leadership Summit in June. Hosted by Asian and Pacific Islander American Vote, a nonpartisan voter mobilization group, the 10-day virtual confab drew elected officials, community leaders, and activists for discussions and workshops. The marquee event was a digital presidential town hall in which Democratic nominee Joe Biden participated. Trump’s campaign was represented by a surrogate, Eddie Baza Calvo, the former Governor of Guam.

In conjunction with the summit, the National Council of Asian Pacific Americans , a coalition of 37 organizations that champions the interests of AAPI communities, released its 2020 Policy Platform. The comprehensive document tackles key issues: immigration, civil rights, health care, education, economic justice, and more.

Some of the group’s policy recommendations dovetail with priorities cited by AAPI voters in a February 2020 survey commissioned by the Democratic Congressional Campaign Committee (DCCC), which supports candidates for the U.S. House of Representatives.

Pollsters spoke with 600 Asian Americans and Pacific Islanders likely voters by phone in English, Cantonese, Korean, Mandarin, and Vietnamese. “This early research shows we have a strong case with Asian American and Pacific Islander voters on the issues that keep most of them up at night — affording health care, accessing quality education for their children, and pocketbook [economic] issues,” DCCC Chairwoman Cheri Bustos says.

Some experts believe the AAPI community — with largest populations in New York, California, and Hawaii, and a growing presence in states such as Nevada, Arizona and North Carolina — could prove to be critical swing voters in 2020.

Those results are consistent with past trends: While Asian Americans have varying political leanings, a majority have supported Democratic candidates in presidential elections since 2000. Meanwhile, groups such as Asian Pacific Americans for Trump have been holding “Forty-Five and Freedom” virtual and in-person meet-ups nationwide to discuss policy and to prepare participants to register voters in their communities.

Some experts believe the AAPI community — with largest populations in New York, California, and Hawaii, and a growing presence in states such as Nevada, Arizona and North Carolina — could prove to be critical swing voters in 2020.

Sayu Bhojwani, PhD is president of New American Leaders, a national organization focused on preparing first and second-generation Americans for elected office. “If we want to heal and rebuild our country, then it’s time to elect a new generation of leaders who actually understand our communities’ issues. We are committed to flexing our growing political power and becoming the leaders our country needs. Our democracy depends on it.”