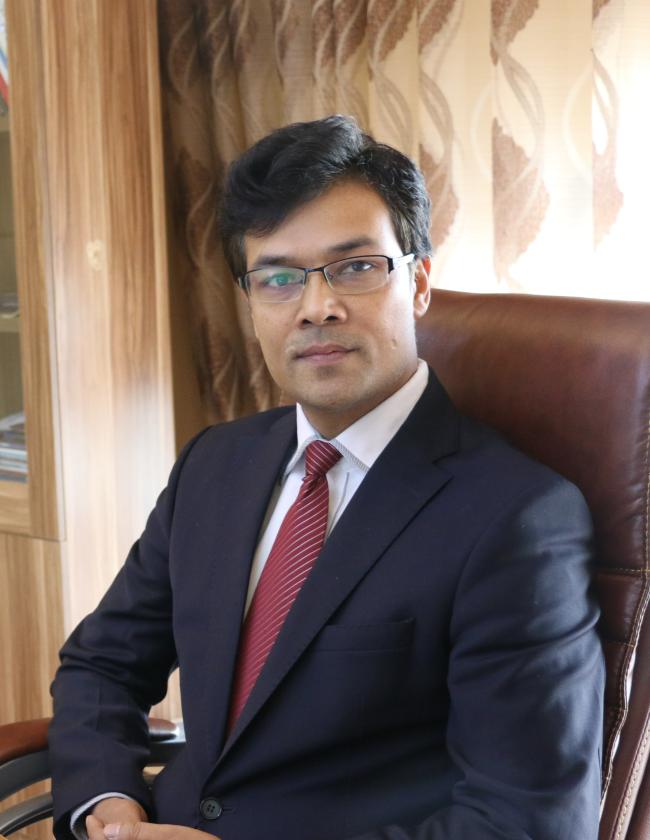 Before joining Advancing Justice | AAJC, Tahir worked as a Senior Manager at Uyghur Times, a multilingual media organization dedicated to highlighting the human rights situation of the Uyghur people.

His story and comments about Uyghur human rights were featured in The New York Times, Guardian, The Washington Post, The Wall Street Journal, The Atlantic, The New York Post, Al Jazeera, Buzzfeed, CNBC, and other outlets. He has spoken and given presentations at institutions and think tank panels, including George Washington University, Columbia University Law school, and SXSW in 2019. As a human rights advocate, he worked to promote Uyghur rights legislation, raise awareness about the Uyghur Genocide through public speeches, media coverage, and panel discussions, and preserve Uyghur heritage and culture.

As former Executive Director of Xinjiang Ozturk International and 30 Oghul, an Uyghur company, he launched public campaigns such as “Uyghur women graduate scholarship “ and “Uyghur Knowledge Forum” “Uyghur Youth Business Association” and “Uyghur Doppa Cultural Festival “, all of which were well-received by the community to promote the culture and encourage women to get higher education, highly recognized by his community in Uyghur region.

Tahir also worked as an instructor for Uyghur youth in Urumqi, China, with Save the Children, a leading international organization for children, where he provided direction and assistance for their integration into society and personal growth.

His first book “English-Uyghur Maxims” was published by Xinjiang People’s publishing house in 2002. Tahir received B.A in language and literature from Xinjiang University. He studied Hebrew and history at Haifa University, Israel (2017).