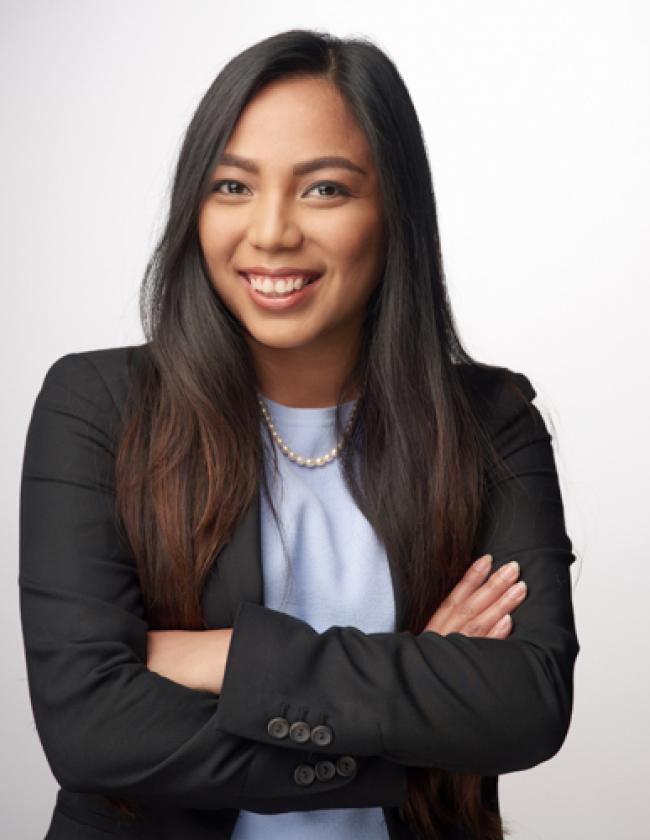 Gisela Perez Kusakawa is the Assistant Director, Anti-Racial Profiling Project at Asian Americans Advancing Justice | AAJC. Gisela is admitted to practice law at the District of Columbia and the Third Circuit Court of Appeals, and received her J.D. from The George Washington University Law School. She currently leads the policy and advocacy work on the anti-racial profiling of Asian Americans and immigrants at Asian Americans Advancing Justice | AAJC. She is a supervising attorney for our legal referrals and intake. Her work laid the groundwork for the Anti-Racial Profiling Project dedicated to protecting the rights of Asian Americans and immigrants unjustly targeted by the government. Gisela’s work encompasses the intersections of national security, technology, criminal law, and immigration, including harmful programs like Countering Violent Extremism (CVEs), immigrant enforcement, and immigrant surveillance such as e-carceration.

Most recently, she was the Staff Attorney, Anti-Racial Profiling Project and Immigration and the National Asian Pacific American Bar Association Law Foundation Community Law Fellow at Asian Americans Advancing Justice | AAJC. During her fellowship, Gisela advocated in Congress and federal agencies to challenge the ongoing criminalization of Asian Americans and immigrants.  She specifically addressed issues that impact Chinese and Chinese Americans, Southeast Asian refugees, and our AMEMSA population. Gisela challenged attacks against Chinese and Chinese American academics and professionals, the deportation of Southeast Asian refugees for decade old-criminal offenses, and the targeting of our AMEMSA population in a climate of ongoing islamophobia. These attacks separate families and disrupt our communities as a whole.

For her work in civil rights and public service, Gisela had the honor of receiving the Justice Thurgood Marshall Civil Liberties Award and was a recipient of the National Asian Pacific American Bar Association (NAPABA) Law Foundation Scholarship. She was an inaugural member of the GW Law Business & Finance Law Review. After receiving her degree, Gisela clerked under the first Asian American judge in Virginia, the Honorable John M. Tran of the Fairfax Circuit Court, 19th Judicial Circuit. She then worked for a refugee firm helping asylum seekers and refugees find protection in the United States. During law school, Gisela worked as a student attorney with the GW Law Immigration Clinic, where she won a grant of asylum for a client in Arlington Immigration Court. She also worked at Farmworker Justice and at a law firm specializing in the intersection of criminal and immigration law.

Gisela is passionate about Asian American civil rights and immigration issues. She has been invited to speak on immigration issues such as on Southeast Asian deportations for the Pinay Powerhouse Conference, 2021; immigration to the U.S. for the S&R Foundation and Kingfisher Global Leadership Program, 2018; on investing in change at the national conference of JETAA, 2017; and on asylum and the right to freedom from fear for GW Law and The George Washington University Museum, 2019. She is a leading expert on policy and advocacy on anti-racial profiling having spoken at multiple engagements including with the Nuclear Regulatory Commission and appeared on multiple media publications and podcasts such as NPR, CNBC, MIT Technology Review, Los Angeles Times, Inside Higher Ed, and WTOP Podcast “Colors: A Dialogue on Race in America.”

Gisela has a long history advocating for Asian American issues.  She served under the AmeriCorps Corporation for National and Community Service for two years addressing the educational, social, and financial needs of local immigrants. Previously, Gisela worked as an elementary and middle school teacher in Ise City, Japan through the JET Program during which she was also a disaster relief volunteer for the Tohoku earthquake and tsunami. She studied under an intensive Mandarin program in Beijing and worked on business and job development in the rural villages of the Philippines through Save the Ifugao Terraces Movement (SITMo). Gisela is a former Rotary Scholar at Kofu City, Japan.

She received her B.A. in Political Science from Villanova University with a concentration in East Asian Studies and a Minor in Chinese and Business.

Her civil rights background includes working to advance the rights of vulnerable communities and serve the public interest. She has worked with asylum seekers, criminal defendants, and indigent clients. Gisela aspires to be a public servant for her country and to serve her community to the best of her ability.